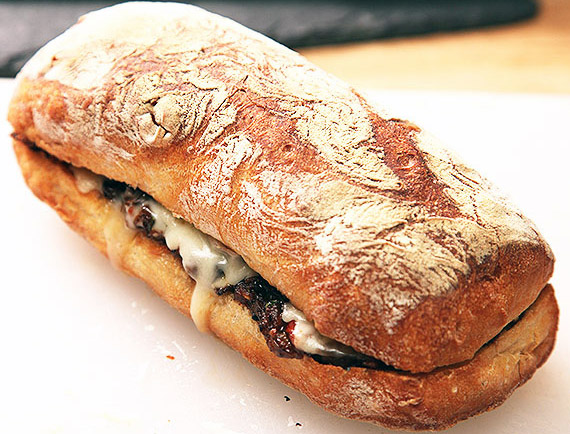 I’ve made these incredibly delicious sandwiches twice now and both times were a major hit.  The stout adds great flavor to the tender beef and onions.  The first time I used Guinness stout and the second time I used Greenport Harbor Black Duck Porter.  Experiment with your favorite stout or porter.  Instead of slow cooking in the oven you could also cook the beef in a crock pot.  Just sear the beef on all sides… then finish in the slow cooker with the beer on low for 4-6 hours or until the meat falls apart. 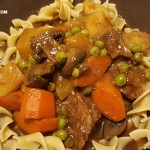