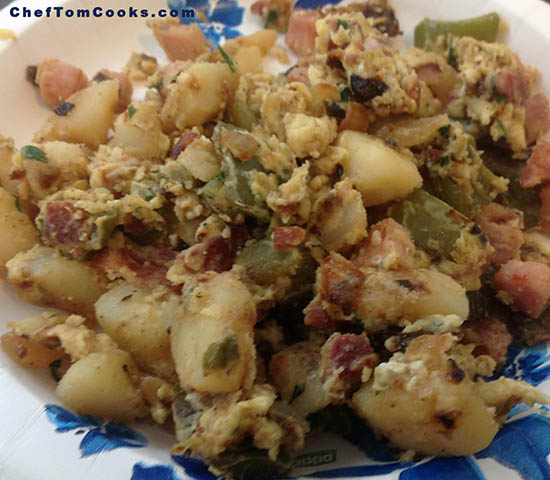 Bring a pot of salted water to a boil and then place the potatoes in the pot.  Cook for 12-15 minutes, or until tender.  Drain and rinse under cold water to cool the potatoes for handling. Cut into 1-inch pieces.

In a large skillet, cook the bacon until it is crisp.  Remove the bacon and set aside to cool.

With the bacon grease still in the skillet, add the onions and peppers and cook over medium-high heat.  Saute the onion-pepper mixture for 3-4 minutes to brown it.  Season with salt and black pepper.

Remove the onion-pepper mixture from the pan and set it aside until needed.

Add some olive oil to the skillet, if needed.  Then add the potatoes and brown for 3-4 minutes, stirring often.

Add the onions and peppers back to the skillet along with the chopped ham.  Cook for another 2-3 minutes.  Chop the bacon.  Stir in the chopped bacon and parsley.

Pour in the eggs, stir to combine the eggs with the vegetables and ham. As soon as eggs begin to firm, remove from heat and serve immediately. 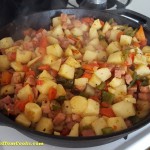 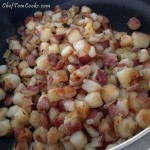 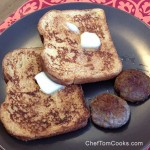 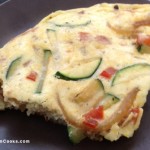 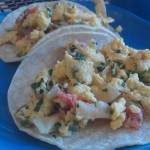