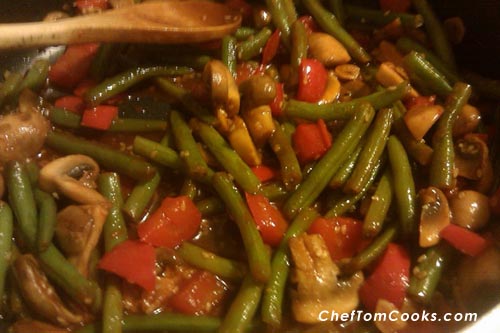 In a small bowl, whisk together the soy sauce, vinegar, and Sriracha sauce. Set aside.

Place 1/4 cup water in a large skillet and bring to a boil over high heat. Add the green beans, cover the pan, and cook until the beans are crisp tender, 3 to 4 minutes. During the last minute of cooking, add in the red pepper. Uncover, and drain any water that remains in the pan. 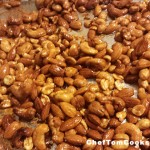 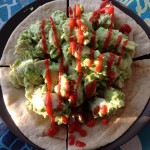 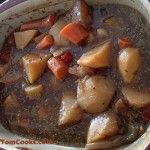 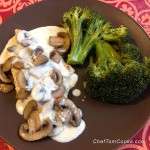 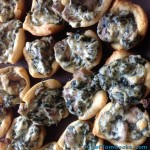